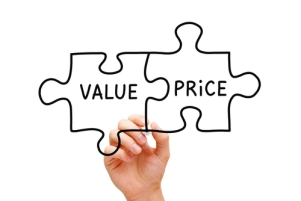 …So this morning I came across an interesting piece from Dan Alexander on Forbes. It’s a great look into some of Google’s hiring and talent management practices, and you can read it here. Much of this stuff has been visited in many other pieces across the web over the years, but the following quote on the Company’s approach to compensation was new to me:

Once someone actually gets into Google, Bock said his department also looks at compensation differently. Most HR managers try to keep salaries within a limited range for any given position. But that creates a discrepancy between the productivity of the best workers and their salaries. The best employees are anywhere from 50-200% more productive than the average employee. “It makes no sense to pay them just this much more,” Bock said, holding his fingers an inch apart. “LeBron James is way better than just about anybody playing sports, and he makes a lot more money. And no one looks at that and says it’s unfair.

^This disregard for internal equity is a sharp departure from the compensation philosophies of many other Fortune 500 companies… but intuitively makes sense: Organizations should ultimately pay an employee based on a combination of their fair (external market) rate and the value they add to their organization relative to colleagues, right? And if that’s a 50%, 100%, or even 200% differential, well… fair’s fair.

With that said, I think the chief challenge with this approach to compensation outside of the sports world is that, unlike the Lebron James/NBA analogy, making an objective, apples to apples comparison between two employees is often untenable because the lion’s share of any given worker’s 1. I am aware of the advanced analytics movements that have taken hold of professional sports over the course of the last several decades… I’m just using a figure of speech.contributions rarely show up in something as neat as a box score 1.

…Still, in certain high technical skill and revenue generating functions it’s possible to quantify the difference between a median and top performer to an extent that might justify a 200% differential in pay between two people in the same job… but that’s what uncapped commissions and spot bonuses are for, yes?

When we’re talking fixed/base salaries, though, if an employee is out-earning his or her peers by as much as 200% should a company really be communicating to employees that they are in the same job? Employees rarely have the context their managers do of their colleague’s relative performance, and having a worker find out his neighbor makes, say, twice as much money despite being in the same job seems like an engagement killer unless that context is very clearly laid out for all to see. Ergo, a bigger title and/or some other intrinsic rewards/recognition paired with said outsized compensation might better signal to the rest of the workforce where they fit into the organization and what their pay opportunity is based on the work they do.

…With all that said, I’m an early career HR Manager with a couple year’s comp experience under my belt, not the CHRO of Google. This is just a Tuesday morning thought stream.

As always, let me know what I got wrong in the comments section below.