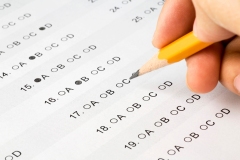 Early in my career I was part of a labor relations investigation into an argument between two bargaining unit employees that (allegedly) turned physical. The employee purported to have turned the dispute physical was a known malcontent, having had disagreements over the years with managers and employees alike which had resulted in various steps of discipline (up to and including last chance agreements and final warnings).

After investigating this particular incident, it was clear to myself and other parties involved that the employee needed to be – at the very least – suspended and referred to an employee assistance program.

…So imagine my surprise when – during a final step grievance – the employee’s bargaining unit representative declared that he was willing to take to arbitration any resolution that didn’t result in a full-restoration of earnings to the employee from the suspension.

The union representative in this case had a reputation for being both fair and conciliatory. And he’d conceded (without grievance) both suspensions and terminations of far more well-regarded (and senior) employees for lesser offenses in the recent past.

So what made this situation different, I wondered?

“I don’t believe the bargaining unit member is guilty of what they’re being accused of.” he declared.

“Because I have a signed statement from a witness that I hold in high regard. He declares that he saw something different than you’re accusing the bargaining unit member of – namely that although the incident turned verbally abusive, it was not violent. And so because this witness signed such a statement I feel very strongly that the corrective action you’re proposing is completely out of line!”

I’d already gotten a similar statement from the witness the union rep was referring to during my investigation. But against the balance of other witness statements declaring a different set of events, I hadn’t placed very much (relative) weight in it. Why then, had the union representative?

“The integrity of this witness is beyond reproach, he said. To have this 1. This doesn’t refer to the series of parties held by American author Ken Kesey in the San Francisco Bay Area during the mid-1960s centered on the use of LSD. Instead, it refers to the figure of speech used to describe a test whose findings are beyond doubt or dispute.statement from him passes my acid test 1 for standing with a bargaining unit member.”

The “acid test”, as the bargaining unit representative described it was a personal set of three questions for which the answer had to be “no” in at least one instance before he would bring a final step grievance to arbitration:

1. Were the employer’s expectations and rules communicated clearly to the employee?

3. Was the corrective action taken against the employee in line with the transgression?

In the union rep’s mind, in this case the employee had a clear understanding of expectations and – if he had in fact violated them in the ways the company claimed – should be disciplined accordingly (in this case with a suspension, referral, and last chance agreement upon return to work). However – on the basis of one highly regarded witnesses statement – the union rep didn’t feel the 2nd question could be answered “yes” in this case.

…Unwilling to incur the costs to bring the case to arbitration, the company and union ultimately reached a compromise.

I didn’t share the union rep’s perception of events here, but I never forgot the notion of the “acid test” – the point at which he would take damage (or rather, 2. Arbitrations are expensive for both an employer and a union.recommend expending significant financial resources 2) to defend a bargaining unit member.

…In our professional careers, it’s important to establish our own acid tests; clearly defined standards that should guide our decision making when faced with tough choices.

Do you have professional “acid tests”? And if so, what do these tests concern? Ethical issues? Pay? Types of work assignments?